An aneurysm is a bulge on the wall of an artery. This occurs because of a weak spot in the artery wall, which could potentially rupture.

Brain aneurysms are in fact quite common and most aneurysms do not cause any symptoms or problems. However, a small proportion of aneurysms can rupture and lead to bleeding in the brain – a type of stroke called a subarachnoid haemorrhage.

This is a medical emergency that requires immediate treatment. In this article, you can learn about the symptoms, diagnosis, and treatment options for aneurysm.

Click the headings below to jump to a specific section.

What is an aneurysm?

Cerebral aneurysm is a bulge or ballooning on the wall of a brain artery. It is a common condition caused by a weakness in the artery wall, affecting approximately 3-5% of the population (1).

In the vast majority, aneurysms do not cause any symptoms or ill-effects as they are intact and do not rupture. Many people do not know they have one until it is detected in another test or routine screening. It is also quite common for people to have multiple small aneurysms.

However, in a small proportion of individuals, the aneurysms rupture and cause a dangerous bleeding in the brain (a type of stroke called subarachnoid haemorrhage). Symptoms of a ruptured aneurysm include a sudden, severe headache, nausea and vomiting, loss of consciousness or seizures. Seek emergency medical help or call 000 if you see someone with these symptoms.

Many aneurysms form spontaneously and do not have a clear cause. However, they are more common in certain populations, and several risk factors have been identified. These risk factors contribute towards the formation and rupture of aneurysms (2):

It is quite rare for an aneurysm to rupture – only about 0.95% of aneurysms rupture each year (1). Rupture is more likely if the aneurysm is particularly large or if it is located on the Posterior or Anterior Communicating Artery (1).

An unruptured aneurysm usually does not cause any symptoms, particularly if it is small. When they do cause symptoms, these symptoms are often vague and non-specific (which means they can be caused by many other conditions as well), such as headache or dizziness (3). If you have a persistent or unusual headache it’s always a good idea to see a doctor.

However, larger ones might press on your nerves, which could cause:

Unfortunately, symptoms often only appear after the aneurysm ruptures. The rupture causes bleeding in the brain called a subarachnoid haemorrhage, which is a type of stroke. The most significant symptom is a sudden, abrupt, severe headache, especially during exertion (4). It is often described as the “worst headache ever experienced” or a “thunderclap headache” when the pain is so abrupt that the maximum intensity of the headache occurs instantly.

Other symptoms could include: 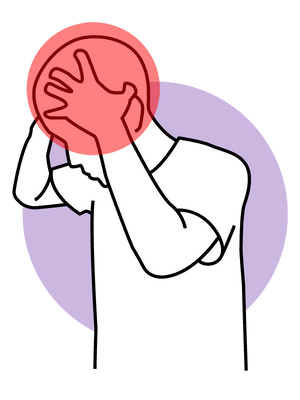 If an aneurysm is unruptured it can remain undetected for a long time. It is often only found by chance – for example, if you are getting a brain scan for an unrelated condition. Some of the tests that can detect an aneurysm include:

Many cases are not discovered until the aneurysm ruptures. 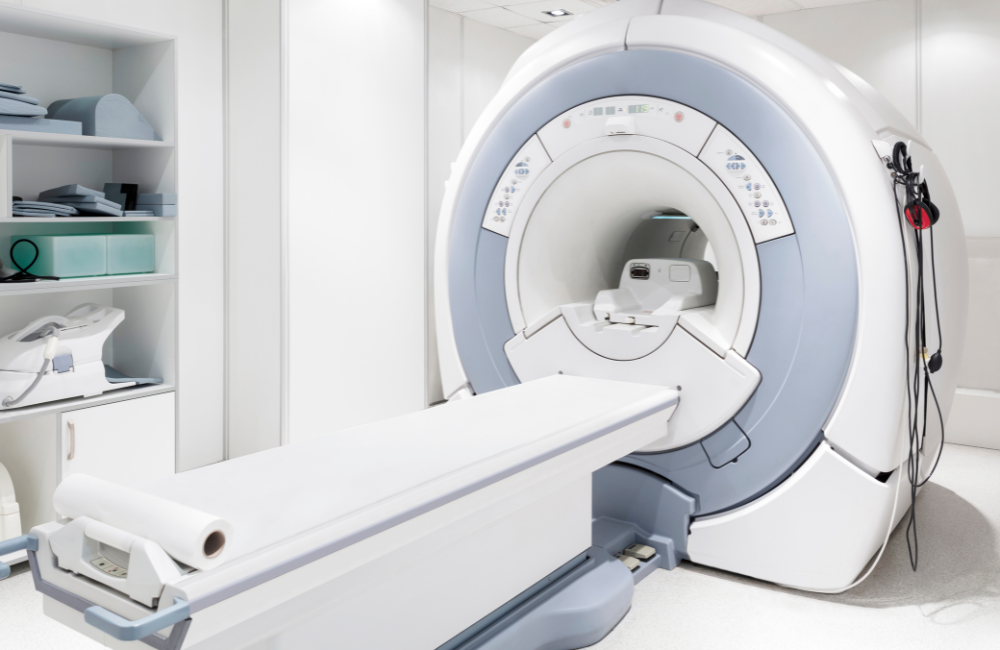 There are several options for treating both ruptured and unruptured aneurysms. These include (5): 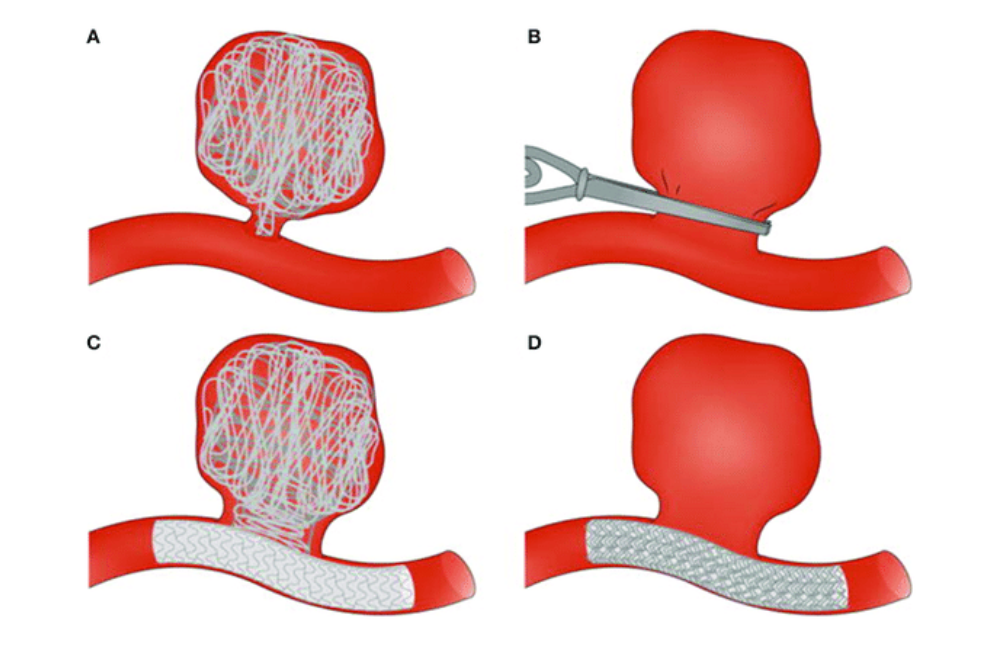 The type of treatment will depend on the size and location of the aneurysm, your ability to undergo a procedure, and other factors. This is because these procedures are risky and could cause a bleed in the brain or block off blood flow. If the aneurysm has ruptured, it should ideally be secured as soon as possible, within the first few days of rupture (5).

Endovascular devices (coils, stents, diversion) are generally safer because they are less invasive, but they carry a higher risk of the aneurysm re-opening in the future. Surgical clipping is a riskier procedure, but it is slightly more effective in the long term.

If the aneurysm is unruptured, your doctor might decide it is best to focus on risk factors management and observation. This is because the risk of rupture may be so low that it does not need to be treated by clipping and endovascular devices. Risk factors management includes things like quitting smoking and lowering your blood pressure. They will only recommend treatment if it is safe and necessary (i.e. if it has a high risk of rupturing).

Summary: What factors are considered when making a decision about aneurysm treatment?

In many cases, aneurysms develop naturally. However, there are a few risk factors that you can control to minimise the aneurysm developing, growing and causing problems.

If you have a family history of cerebrovascular disease (including stroke, AVM, aneurysm, etc), managing these risk factors could reduce your likelihood to develop an aneurysm.

In general, maintaining a healthy lifestyle is a good rule of thumb to prevent many neurological conditions. However, people who follow all these guidelines can still develop brain diseases. It’s important to remember that developing an aneurysm or any other disease is not your fault, and there are treatment options and support services available.

The outlook after rupture of a cerebral aneurysm depends on the size and location of the aneurysm, the person’s age, general health, and neurological condition after haemorrhage. On average only about 0.25% of aneurysms are estimated to end in rupture (5). However, if they do rupture, there is a serious risk of death or disability after the subarachnoid haemorrhage (SAH).

The graph below shows the discharge outcomes of people who were hospitalised for SAH, split across different age groups. Some of these people were treated with a clipping procedure and others were treated with coiling (or another endovascular treatment). 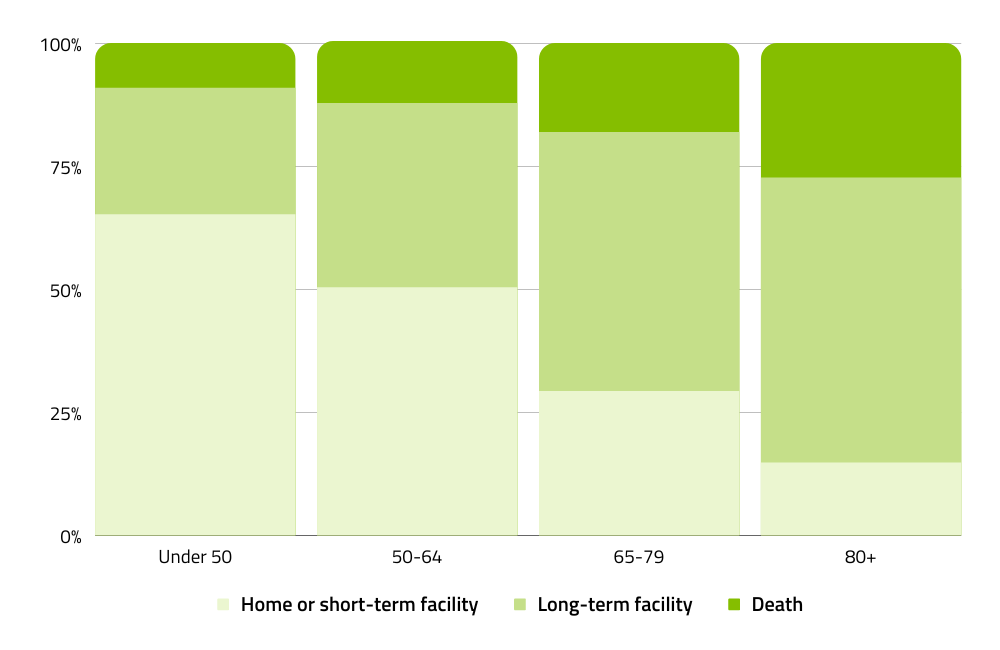 It is important to note that this study only looked at patients who already had a ruptured aneurysm. It is possible to treat an aneurysm before it ruptures if it is diagnosed early enough.

Other studies investigating mortality and disability after SAH have found that (7):

The most common impairments after haemorrhage include cognitive and neurological impairments in (7):

These changes can limit a person’s ability to complete day-to-day tasks and return to work. Some people are able to recover cognitive function over time through rehabilitation, but in other cases disability can be permanent.

Thankfully there have been many advances in treatment over the years that have improved outcomes for aneurysm and haemorrhage patients. Mortality rates have declined 0.9% per year over the past 2 decades, and we hope to see this trend continue (7).

If you would like to learn more about aneurysm, you can explore the following articles, resources, and support organisations:

DISCLAIMER: The information provided is designed to support, not replace, the relationship that exists between a patient / site visitor and his / her existing health care professionals.