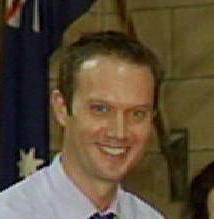 Brain demyelination is an important cause of morbidity in adults and children. In adults, a 1st episode of demyelination frequently represents the onset of a chronic relapsing demyelinating disease such as multiple sclerosis (MS). In young children however, monophasic brain demyelination is common (named acute disseminated encephalomyelitis-ADEM). Patients with ADEM usually have sudden onset post-infectious brain disease with encephalopathy, and respond quickly to steroid therapy.

ADEM patients rarely progress to MS. Alternatively, children can suffer a ‘clinically isolated syndrome’ (CIS) without encephalopathy and have a higher incidence of progression to multiple sclerosis. Although the white matter is predominantly involved in ADEM lesions, the cortical grey and deep grey matter is also frequently involved. It is hypothesised that different ADEM phenotypes have differing immune mechanisms, and therefore may require different treatment approaches. For example, some patients fail to respond to steroid therapy and require intravenous immunoglobulin.

Most investigators agree that acute onset demyelination is secondary to immune-mediated mechanisms. The immunology of multiple sclerosis has been extensively investigated, and involves both cellular and humoural (antibody) mechanisms. Despite ADEM being an excellent opportunity to investigate hyperacute demyelination, there has been little investigation of ADEM to date.

I have recently been part of a multi-centre study that found children with ADEM (but not MS) had autoantibodies against myelin oligodendrocyte glycoprotein (MOG). This study was important because they used a technique that maintained MOG in its natural conformational state, as exists in vivo. In other human autoimmune diseases, it is well established that autoantibodies recognise conformational epitopes of self antigens (such as acetylcholine receptor in myasthenia gravis).

Autoantibody assays are vulnerable to methodological variables. If the candidate protein is significantly altered or unfolded (such as in Western blotting), the antibody assay is unlikely to represent a ‘physiological’ system. We will develop a more physiological model using neuronal cells that express cell surface proteins with normal conformation and structure.

We aim to develop an antibody technique to measure autoantibodies against cell surface proteins using a ‘physiological’ cell system. Specifically we will use different cell lines to compare brain regions: oligodendrocyte-like, neuronal or astrocyte. We aim to compare the presence of these autoantibodies in ADEM patients with CIS and MS. We will semi-quantify these findings using FACS (fluorescent automated cell sorting). If this pilot data yields positive information, we will test specific protein hypotheses using transfected cell lines.