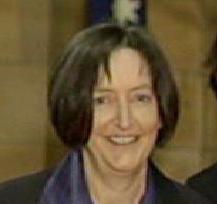 This project will investigate biochemical features of the kinase domain of the Leucine-rich repeat kinase 2 (LRRK2). LRRK2 is a large complex brain protein (2527 amino acids) encoded by the gene most frequently mutated in genetically inherited autosomal dominant Parkinson’s disease (Paisan-Ruiz et al. 2004). Very little is known about the cellular function of this recently identified key protein. Phosphorylation of molecules acts as a switch to turn many enzymes on or off.  Thus LRRK2 as a kinase (phosphorylating enzyme) can regulate the function or activity of other proteins.  LRRK2 can also phosphorylate itself and thereby regulate its own activity in response to various stimuli thus the autophosphorylation is very important as it may cause a change in the activity of LRRK2 and eventually affect a large number of downstream events. The domain structure for LRRK2 is shown in Fig.1. We are currently studying recombinant LRRK2 regions by expression and purification in insect cell culture as utilized also for the study of the Parkinson’s associated PINK1 kinase (Culvenor, Cheng ref 14 above, 2006). Segments of the protein that we have expressed are shown in Fig. 2. We have established that purified truncated recombinant LRRK2 kinase enzyme can phosphorylate the artificial substrate, myelin basic protein and that our purified LRRK2 shows strong autophosphorylation (Fig.3). We have demonstrated that artificial substrate and autophosphorylation is enhanced by the most common Parkinson’s disease mutation G2019S.

In this project the major aim is: To identify the autophosphorylation site for LRRK2, analyse how autophosphorylation modulates LRRK2 kinase activity, and generate a phosphospecific antibody for detection and monitoring of the phosphorylation and activation status of LRRK2 in cells and samples from Parkinson’s disease patients.