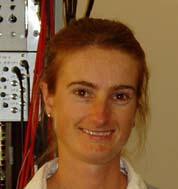 The aim of this research project is to investigate the role of human motor cortex in normal physiological tremor and in a pathological condition known as ‘essential tremor’. In addition, we will investigate the role of normal physiological tremor during movement. This research will enhance our understanding of the mechanisms that contribute to physiological tremor and may provide the basis for developing interventions to improve the rehabilitation of patients with essential tremor. Essential tremor has a debilitating effect on activities of daily living and is one of the most common neurological disorders among adults affecting ~4% of individuals over the age of 40 yrs. Approximately 60% of sufferers are unemployed due to disabling shaking.

Tremor is characterised by involuntary rapid and repetitive back-and-forth movement of a body part. The phenomenon is found in healthy individuals and can also appear as a pathological symptom. From as early as 1886, electrophysiological investigations have shown that voluntary muscle contractions are accompanied by an 8-12 Hz physiological tremor. Since then, tremor has been studied under numerous conditions. This has prompted the subdivision of physiological tremor into six categories: resting tremor, action tremor, postural tremor, tremor in isometric contractions, tremor in compliant contractions, and higher amplitude tremors.

The origin of physiological tremor has been hotly debated over the past century. Five sources are thought to contribute to physiological tremor. These include motor unit discharge properties (motor units commence firing at 8-10 Hz), synchronised motor unit discharge (the discharge of different motor units can become synchronised so that they tend to fire together at a particular rhythm), mechanical resonance (the natural frequency at which a body part vibrates as the result of its intrinsic mechanical properties), activity in the muscle stretch reflex pathway, and central oscillations in brain activity. The six categories of physiological tremor involve a different contribution from central and peripheral mechanisms.

The current project involves two studies. In the first study, we will determine whether the human motor cortex is involved in the generation of action tremor and whether action tremor plays an important role in learning new motor skills in healthy individuals. In the second study, we will extend our investigation to determine the role of human motor cortex in essential tremor.