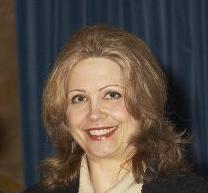 Dr Shabala is a Research Fellow in a NeuroRepair group of the Menzies Research Institute in Tasmania (leaders Dr R. Chung and Prof A. West). In her work she uses electrophysiological approach to study mechanisms of membrane transport processes in neural populations. This includes measurements of net ion fluxes non-invasively using microelectrode ion flux measuring (the MIFE) technique that was developed at the University of Tasmania. This technique was successfully used to address different aspects of membrane transport processes in plants, yeast, and bacteria. Dr Shabala has recently extended its application to mammalian tissues and cells proving its applicability and high predictive power in mammalian cell research. In the project funded by the Brain Foundation Dr Shabala will use the MIFE technique to study mechanisms underlying migraine. Migraine is a complex, disabling disorder of the brain that manifests as attacks of often severe head pain with sensory sensitivity to light, sound and head movement. Migraine prevalence is 12% of the population and it has a substantial economic and societal impact. Despite relatively extensive research in the area, the cause of migraine headache remains unknown. Cortical spreading depression (CSD) has been implicated in migraine and as a headache trigger with ion homeostasis being strongly associated with generation and propagation of CSD. Dr Shabala will use the MIFE technique to observe the kinetics of the key ions in response to factors that initiate CSD. The project is aimed to establish models of CSD in normal and hypoxic conditions in vitro to assess differences in their mechanisms. The researchers will also test whether increases in oxygenation can abrogate CSD. Using the models they will test drugs used in migraine treatment for their efficacy in prevention of normoxic and hypoxic CSD.