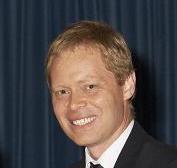 A study on the tolerance of the brain to the kinds of forces encountered in an impact to the head
Dr Robert Anderson
Centre for Automotive Safety Research, University of Adelaide
Funded By Robert W Harvey and Allen & Patricia Ellen Coulson Estates
Co-Investigators : Professor Robert Vink

The development of safer vehicles and protective devices such as helmets is based on estimating the risk of injury in an impact. Right now, in the development of these safety systems, the measure of risk to the head is based on deceleration signal produced in a crash test dummy during a test.

In the future injury risk will be measured using methods that better reflect the mechanisms of injury in an impact. Increasingly, these mechanisms are being investigated using computer simulations of head impact. However, quite how these simulations should be calibrated is unknown – it has been difficult to determine what magnitude of physical stress is required to injure the brain.

This project will seek to investigate this. By examining the response of the sheep’s brain to a controlled indentation, we can examine how the function of the brain is altered by physical stresses, and what level of stress is required to trigger an injury response. The results will allow criteria to be developed for use with computer simulations of head injury, which in turn will allow better measurement of head injury risk in any given situation.

Our hypothesis is that a quantitative relationship exists between mechanical forces induced in traumatic brain injury (TBI) and the resultant brain pathophysiology. Accordingly, the objective of this project is to characterize the relationship between mechanical strain and brain injury in a sheep model of human TBI. This will be achieved through a detailed study of the pathophysiological response of the brain to direct load. Imaging and histology will be used to quantify the injury response, and a computer model of the experiment will be used to quantify the mechanical strain.

We are honoured and grateful for the support of the Brain Foundation in the pursuit of our research.