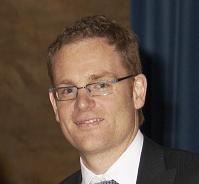 Parkinson’s disease (PD) is caused by degeneration of dopamine-releasing (dopaminergic) neuronal circuits in the brain. Treatment involves dopaminergic medications, but the effectiveness of these medications is drastically limited by the onset of abnormal involuntary movements (dyskinesias) in more than 50% of patients. Dyskinesias severely compromise quality of life and offset the benefits of anti-parkinsonian medication. Once dyskinesias develop there are few treatment options available, short of reduction in medication or neurosurgery.

A recent clinical study on PD patients has implicated a genetic risk factor for the development of dyskinesias. Patients homozygous for the “met” allele of the brain derived neurotrophic factor (BDNF) gene were shown to be at greater risk of developing dyskinesias than those carrying the alternative “val” allele. Although this study provides compelling evidence for the “met” allele as a potential risk factor for developing dyskinesias, it is limited to a single centre without pathological confirmation of PD.

Other studies have shown that long term adaptive changes in synapses in the brain are a hallmark of dyskinesias in animal models and it is has been suggested that these changes can be directly related to dopaminergic medication administration, but this has yet to be tested in humans. We hypothesise that if BDNF genotyping correlated with these biochemical markers of synaptic changes, this would provide compelling evidence to support long term adaptation as the pathophysiological mechanism by which BDNF genotype may indicate a risk factor for dyskinesia.

In order to develop therapeutic approaches to dyskinesias, these hypotheses from animal models or small human studies with retrospective clinical data must be tested in human tissue where the diagnosis of PD is pathologically validated and the clinical data is extensive and prospectively collected.

We aim to do this in a unique resource of human brain tissue archived from 51 patients with PD who have been prospectively studied and videotaped (The Melbourne Cohort), which in 2008 came under the auspices of the Australian Brain Bank Network (ABBN). In addition, the ABBN also holds the Sydney Cohort, consisting of 29 donors who have also been prospectively studied. With this detailed, prospective and validated clinical data we hope to uncover how this newly identified genetic risk factor can be directly linked to a functional biochemical differences that may cause dyskinesias.