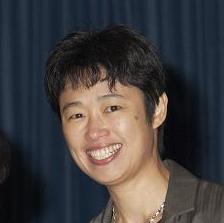 Over the last decade, 6 genes have been confirmed to be causally associated with PD. There are four autosomal recessive (AR) genes (Parkin, PINK1, DJ1, ATP13A2) and 2 autosomal dominant (AD) genes (SNCA and LRRK2). The most recent gene to be causally linked to PD is known as the ATP13A2 or PARK9 gene (Ramirez et al., 2006). Although the function of this gene is not entirely understood, it is thought to impair lysosomal function, a pathway that is involved in clearing degraded proteins from the cell. The discovery that mutations in PARK9 are causative of PD implies that enhancement of lysosomal clearance of degraded proteins may offer a new mode of treatment for patients that suffer from PD.

We have identified a new family with young onset PD that has pathogenic mutations in the ATP13A2 (PARK9) gene. We performed confocal microscopy of COS7 cells transfected with plasmids containing fluorescent-tagged PARK9 and have found that the normal (wild-type) hPARK9 is located in the lysosomal membrane, whereas abnormal (mutant) PARK9 is not found in lysosomal membrane. These data indicate that mutant PARK9 is localised or targeted elsewhere in the cell. Mutant PARK9 may act or be degraded using alternative pathways.

Overall these studies will bring us closer to understanding the role of lysosomal function and thus lysosomal protein clearance in the aetiology of Parkinson’s disease. Studying its characteristics will allow us to discover the underlying malfunction(s) in patients with both PARK9 mutations as well as those who suffer the sporadic form of PD. If we establish that hPARK9 mutations cause lysosomal dysfunction, this will improve our understanding of the disease process in PD and direct the identification of novel targets that could be used for therapeutic intervention.