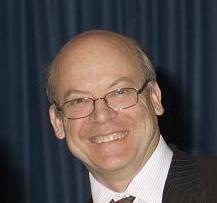 Stroke is the second leading cause of death and the leading cause of disability in Australia. It is predicted that 60,000 Australians will suffer from a stroke in 2009. Indeed, the morbidity and mortality associated with stroke places a heavy socioeconomic burden on our nation, costing over $2.14 billion each year. As such, there is an urgent need to improve the current clinical practices used to prevent and treat patients suffering from stroke.

An ischaemic stroke occurs when there is a prolonged disruption of blood flow to the brain. Such a stroke typically arises when a blood clot obstructs of a major cerebral artery and deprives the brain of essential nutrients. This in turn, results in rapid, substantial and irreversible brain damage.

One type of blood cell – known as a platelet, promotes the formation of stroke-causing blood clots. It is well-established that platelets become “activated” and accumulate within blood vessels causing clots to form and subsequent stroke development. Upon their activation, platelets release many bio-active molecules some of which have unknown effects. No study has directly assessed whether molecules released from activated platelets have any influence on the extent of brain injury during stroke.

Our laboratory has shown, unexpectedly, that activated platelets release a factor(s) that protect brain cells from “excitotoxic” injury (a form of brain injury that occurs during stroke). We intend to identify and further characterise these platelet-derived brain protective agents and explore further their mechanism of action

In summary, although activated platelets are clearly harmful in that they promote the formation of stroke-causing blood clots, platelets also release natural, unidentified factors that protect the brain from stroke injury. We believe that further research into the influence of platelet-released factors on brain injury will lead to the development of novel and innovative stroke therapies.