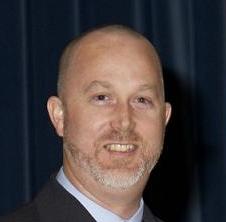 Arteriovenous malformations (AVMs) of the brain are complex vascular lesions that most commonly present with stroke. Bleeding from AVMs accounts for only 2% of all strokes, but is over-represented in young patients, being responsible for 38% of brain hemorrhages in patients aged 15-45 years.

The surgical management of small AVMs is highly effective, and can be achieved with low risk. However, the management of large AVMs is plagued with difficulty. Surgery is associated with high complication rates, and other treatments are largely ineffective. Changes in AVM blood vessels have been demonstrated following radiotherapy; however, a major limitation of radiotherapy in AVM management has been the high dose required to treat large lesions. As a result, a significant number of young patients harbour large AVMs that remain untreatable using current techniques.

Some of our group’s earlier work has been directed at understanding the intrinsic molecular changes found in AVMs, as well as the additional changes induced in AVM endothelial cells by the application of various targeted external stimuli (such as focused irradiation, or heat energy). Ultimately, it may be possible to ‘prime’ the endothelial cells of human AVMs by the non-invasive application of heat energy, through the use of high-intensity focused ultrasound. This could then be followed by the administration of a vascular targeting agent directed specifically at these molecular changes, which could result in obliteration of the abnormal AVM vessels.

Our most recent work has been directed at demonstrating the gene and protein expression changes that occur in endothelial cells after heating with focused ultrasound, using both tissue culture and an animal model of AVM. The funding provided by the Brain Foundation will allow us to examine the precise anatomical location and temporal distribution of target molecules in our well-established animal model using the technique of in vivo molecular imaging. This is the next important step in the development of a systemic vascular targeting strategy against brain AVMs.

The results of this study have the potential to revolutionise the treatment of large, difficult to treat AVMs. Eventually, the entire treatment procedure may be performed non-invasively, and with a lower risk profile and greater efficacy than current treatments.