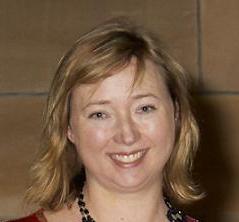 Alzheimer’s disease (AD) is the most common form of dementia. It is a progressive disease, and patients typically experience ongoing decline in memory, worsening confusion, language breakdown and often irritability and aggression. Certain proteins (amyloid and tau) are found in the brains of patients with AD. These proteins act to accelerate cell death in the brain, which has the effect of reducing brain volume over time, a process known as atrophy. Stroke occurs when blood supply to the brain is disturbed, either by a blocked or a burst blood vessel. Risk factors for stroke include high blood pressure, irregular heartbeat, smoking, diabetes, and high cholesterol. Historically, AD and stroke have been seen as separate entities. There may be reason to believe, however, that stroke has a role in the progression of AD. Dementia caused by problems in the brain’s blood vessels (vascular dementia) often co-exists with dementia caused by AD. Research has shown that AD patients with a history of stroke had poorer cognitive function than those who had not suffered stroke. Furthermore, there is substantial overlap between the risk factors for stroke and the risk factors for AD. At present, there is no direct evidence and the question remains as to whether stroke can trigger progressive dementia and ongoing cell death in the same way as AD. In this project, we propose a simple way to answer this question. We will measure brain volume (using brain scanning) and cognitive function (using paper-and-pencil tests) in 20 stroke patients at several times over the first year after stroke. These results will be compared against healthy controls to determine whether stroke is associated with progressive reduction in brain volume and cognitive decline.