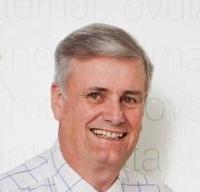 Cerebral palsy is a developmental disorder affecting movement and posture and is the result of white matter brain damage occurring before birth or early in life. It affects 1 in 500 babies born in Australia and for most cases there is no known cause. Our group’s ongoing research program at the University of Adelaide has provided genetic evidence for an altered fetal immune response as a contributor to cerebral palsy. The aim of this research study is to extend our knowledge by examining protein level changes in inflammatory related mediators.   The study will screen a large number of inflammatory mediators in cord serum from babies later diagnosed with cerebral palsy to assess which factors are most important.

The group has extensive experience linking to pregnancy outcome registers and cerebral palsy registers and has previously accessed cord serum samples in the Adelaide Women’s and Children’s Hospital. The proposed study uses a large cohort and the tests proposed are robust and well validated.

Identification of specific inflammatory mediators associated with cerebral palsy may allow more precise and targeted prevention strategies or could be useful for early prediction of cerebral palsy outcome; both of which are high priorities for families affected by this brain disorder.