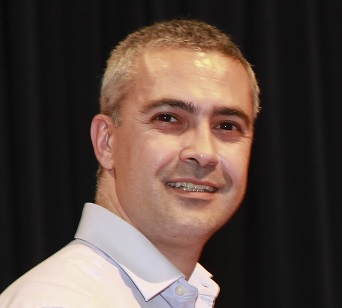 Subarachnoid haemorrhage from a ruptured brain aneurysm is a major cause of mortality and morbidity. Cerebral vasospasm often complicates subarachnoid haemorrhage and can lead to stroke or death. The precise mechanisms contributing to the development of vasospasm are not well understood but it is thought that blood breakdown products induce a cascade of events including inflammation, the release of free radicals and vasosactive substances that result in sustained cerebral vasoconstriction, cerebral ischaemia and ultimately brain infarction. Vasospasm most often occurs 7-10 days after the onset of haemorrhage. It is currently not possible to accurately predict which patients will go on to develop vasospasm and prophylactic treatments are often ineffective.

Micro-RNAs (miRNAs) are small, non-coding, single stranded RNA molecules involved in the regulation of gene expression at a post-transcriptional level. MiRNA’s have been shown to be involved in the regulation of multiple cellular processes including differentiation, proliferation, and apoptosis in both health and disease. Circulating miRNAs, packaged in microvesicles, have been detected in human serum and cerebrospinal fluid (CSF).

We aim to collect daily CSF and serum samples from patients with subarachnoid haemorrhage and to analyse them for the presence of up to 800 different miRNAs. We will then compare the miRNA patterns of patients with and without vasospasm aiming to identify miRNA ‘signatures’ that may accurately predict which patients will go on to develop vasospasm. A secondary aim is to identify targets for gene therapy. It is now possible, for example, to silence or “switch-off” disease causing genes using a technique called RNA interference. We believe that vasospasm is ideally suited for gene therapy due to the 7-10 day window before its occurrence. Our vision is that patients with subarachnoid haemorrhage will have CSF or serum taken on presentation for miRNA analysis which will allow clinicians to stratify patients into low or high risk for developing vasospasm. High risk patients may then be offered gene therapy aiming to modulate the expression of genes whose products are implicated in causing vasospasm, thereby preventing its occurrence.