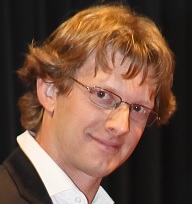 Huntington’s disease (HD) is a fatal disorder involving psychiatric symptoms, dementia and uncontrollable movements. The disease is caused by a ‘genetic stutter’ in a single stretch of repeated DNA. One extraordinary aspect of this disease is that HD sufferers often only have a handful of extra glutamines in their huntingtin protein, in a protein made up of over 3,000 amino acids, amongst tens of thousands of different proteins encoded by the human genome. Thus, in such inherited disorders, it is an extremely fine line between health and a devastating disease that eventually kills the patients. At present, there is no treatment available which directly slows or stops the disease progression. Therefore, research facilitating the development of new treatments is desperately needed.

Over the past decade, our laboratory has characterized a mouse model of HD which has had the gene mutation inserted into the genome. We have been able to show that cognitive and effective changes precede the movement disorder. The current project follows up our recent discovery that a drug called N-acetylcysteine (NAC) has therapeutic effects in this animal model of HD (Wright et al., 2015, Translational Psychiatry). We will investigate how this drug works in the brain, and test a better, more efficient version of the drug. In order to do this we will be using behavioural testing, combined with studies of specific cell populations and molecules, to work out how the drug exerts its beneficial effects.

The success of this project could rapidly lead to clinical trials for HD, in Australia and internationally. HD is a fatal disease which is currently incurable, so any new treatment would have enormous impacts on HD families across Australia and around the world. Furthermore, HD has many aspects in common with motor neuron disease, Parkinson’s disease, Alzheimer’s disease and other forms of dementia.