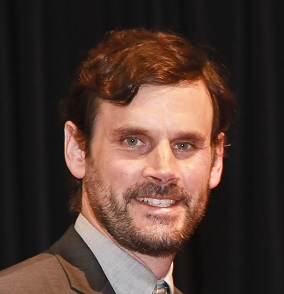 Tasmania has a long history of health concerns about iodine nutrition. Our soil is low in iodine, for which the native Tasmanians compensated by eating seaweeds and shellfish, but European settlers growing food on Tasmanian soil experienced health problems such as goitre, and children with cretinism – permanent deficits in cognition and sensory processing – caused by a severe lack of iodine during brain development.

Since the 1960s widespread supplementation has almost eliminated cretinism, which previously affected millions of people in iodine poor regions worldwide, and the problem is regarded as solved. Tasmania added iodine to salt and bread, and the iodine based disinfectants used by dairies added extra to the naturally high levels in milk. However these disinfectants were phased out in the 1990s, and for a few years before supplementation of bread became mandatory, it was possible for Tasmanians eating a healthy diet to have only barely sufficient iodine.

Pregnancy increases the need for iodine, and what was barely sufficient becomes inadequate. Two of our team decided to see if this caused ongoing problems, and so the children of a cohort of mildly iodine deficient Tasmanian mothers have participated in ongoing studies since then. Testing at the ages of 9 and 13 has shown that their language abilities are consistently lower, by as much as 10% on some tests. This has obvious implications because mild gestational iodine deficiency is relatively common, even in areas where the non-pregnant population has enough, and there is little awareness and no routine testing.

We think neurofilaments, structural proteins found in fast nerve fibres, may be affected. Thyroid hormone, which depends on iodine, controls the production of neurofilaments, and they are essential for fast signalling needed to process sound and language. Our project will impose mild iodine deficiency on pregnant mice, testing their offspring for levels of neurofilament production, the structure of fast fibres in the brain, and fine sensory discrimination. If we find a mechanism for the deficits, we can use it to raise public awareness of the need for good iodine nutrition during pregnancy, and to test potential interventions. Ensuring that expectant mothers have enough iodine may eliminate a hidden blight which prevents children from achieving their potential at school, and in life.