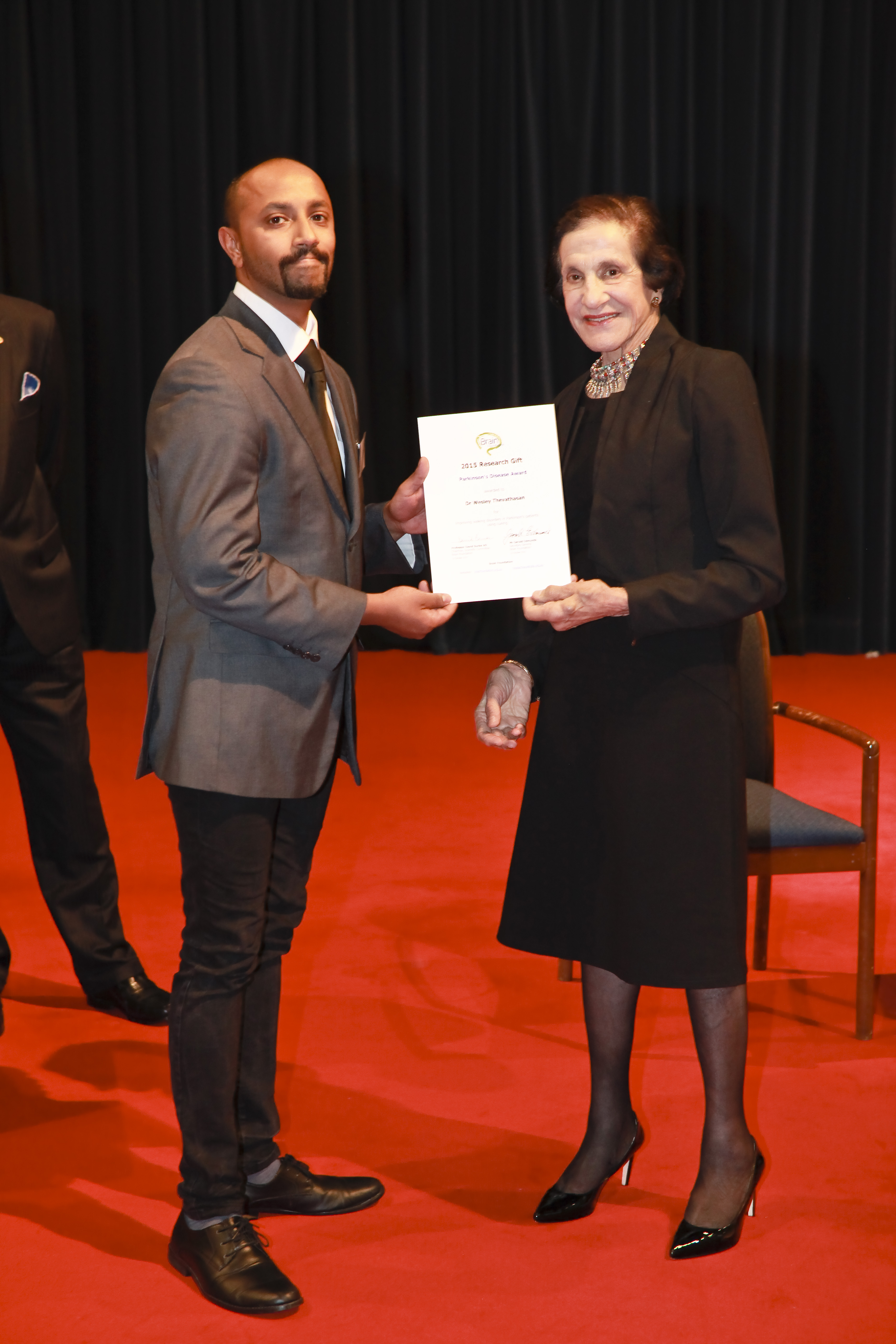 Freezing of gait is a debilitating symptom of Parkinson’s disease associated with a heightened falls risk, which is a prevalent cause for morbidity and mortality. Individuals describe it as the feeling that their feet are glued to the ground leaving them frozen and unable to move when trying to walk. These freezing episodes can last from a few seconds to several minutes. Freezing is usually associated with reduced walking (gait) speed and step length. It occurs during gait initiation, turning or when encountering obstacles.

An estimated 10 million people worldwide are living with Parkinson’s disease, and the prevalence of gait freezing is up to 60% of this population. It is an incapacitating motor symptom, as it significantly affects patients’ quality of life and levels of activity. Total loss of movement can also leave patients wheelchair-bound. Furthermore, psychological conditions such as depression and anxiety are common in patients with freezing.

Gait freezing is a progressive condition, and at its onset is usually treatable with oral medications. As the disease worsens, more invasive therapies such as deep brain stimulation (DBS) are required. However, DBS does not improve freezing in many patients and therefore a novel intervention is required to treat this disabling symptom. Recent studies which utilised auditory, visual or vibratory cues to unfreeze patients have shown promise.

In our study we propose a feedback system consisting of instrumented shoe-insoles that can detect and unfreeze gait freezing using either vibration, visual or auditory cueing. So far we have designed, manufacturered and validated the insoles in a clinical study. We now plan to compare auditory, visual and vibratory cues to determine which one provides greatest efficacy. This knowledge will then be incorporated into our instrumented insoles to provide adaptive cues during walking to ensure patients do not freeze.

Our analysis, supported by the Brain Foundation, detected the involvement of two types of brain systems controlling balance; intermittent and continuous. Intermittent control was indicated by the appearance of abrupt redirections of sway (switching behaviour). Continuous control was indicated by the data conforming to a ‘Proportional Integral Derivative’ model (akin to adaptive cruise control in cars). Both these control systems were abnormal in the patients with PD compared to healthy subjects, and improved towards normal with PPN DBS.

These findings are important, as they demonstrate a novel way to measure and characterise balance impairment in PD. They clarify how the brain controls postural sway and how that control breaks down in PD. Crucially, we found that some of the balance impairment was amenable to reversal, in this study with PPN DBS. Whilst PPN DBS is an invasive treatment that is unsuitable for many patients, these findings highlight a therapeutic mechanism that could be exploited by other treatments. Indeed, our group is now developing a less invasive device to try and emulate this treatment effect.