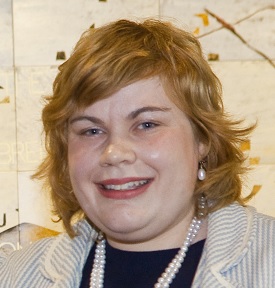 Neurodegenerative disease are a major health issue, with 342,800 Australians suffering from dementia. Many people know someone with dementia and its devastating impact on individuals and their families. Currently there are no effective treatments for conditions such as Alzheimer’s disease (AD), frontotemporal dementia  (FTD) and Amyotrophic lateral sclerosis (ALS, MND). These conditions not only affect the elderly but often strike while the patient is stlll working  with dependent children, and not only affect cognition, but also the ability to function and move, so that their impact is particularly devastating. This places significant, often intolerable, stress on carers and society as a whole.

Patients often ask if modifying their diet may help. It is therefore important to examine metabolic changes, such as cholesterol and insulin levels and eating behavior which could modify the progression of several neurodegenerative diseases. My research uses brain imaging, pathology, and novel techniques from obesity research to examine if there are characteristic metabolic changes in patients with FTD, ALS, and AD, how they relate to eating behavior, and how they may affect disease progression and survival.  Understanding these changes could enable us to trial treatments  targeting  these factors and slow disease progression  and improve survival.

Research work leading up to this proposal: I have established a new collaboration with Professor Sadaf Farooqi, Professor of Metabolic Medicine, University of Cambridge, to bring tools used in obesity research to study the metabolic abnormalities in neurodegeneration (funded by the Royal Australasian College of Physicians and MND Research Australia). I have recruited 79 patients (over a 18 month period) with FTD, AD and normal controls and measured, using novel rigorous techniques in a controlled environment, total caloric intake and sucrose preference. I have shown that bvFTD is characterised by marked hyperphagia and sucrose preference, whilst semantic dementia is characterised by rigid eating patterns and sucrose preference(Ahmed et al., 2016a) (figure 1). As part of this study, using structural brain imaging and voxel based morphometry, I have shown that complex brain networks involving cognitive-reward, autonomic, neuroendocrine and visual modulation control these eating behavioural changes.(Ahmed et al., 2016a) I have also shown that in FTD there are changes in key hypothalamic peptides promoting food intake (agouti-related protein) that may underpin some of the eating and associated metabolic changes. (Ahmed et al., 2015) No studies have examined the functional regions/ networks controlling eating behaviour in FTD, ALS and AD, using functional MRI paradigms similar to those used in genetic obesity studies.(Farooqi et al., 2007)