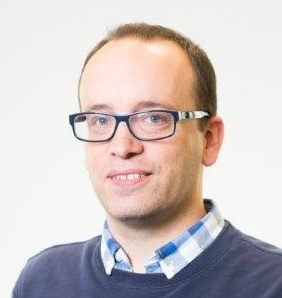 Every 20 minutes someone in Australia suffers a stroke and approximately half of the stroke survivors have spatial neglect [1]. Persons suffering from spatial neglect are not paying attention to the space opposite of their brain lesion and severe forms of neglect lead to numerous debilitating behaviours. For example, patients with right brain damage may collide with obstacles on their left, eat food only from the right side of their plate, ignore people situated on their left, or fail to dress or shave their left side [2]. They may behave as if the left half of their world had ceased to exist [3] and in many cases they do not even realize that something is wrong. Neglect is a serious and disabling consequence of stroke. The presence or absence of spatial neglect is one of the most important determinants in predicting the level of dependence and outcome following brain injury [2, 4].

While the diagnosis of severe forms of spatial neglect is straightforward, measuring of more subtle forms can be difficult. There is a general consensus among clinicians, therapists and researchers that conventional neuropsychological tests are not very sensitive in uncovering subtle forms of neglect and that they do not assess the effect of neglect on activities of daily living (ADL) [5-8]. For instance, common neglect tests do not provide the information we need to judge whether a neglect patient will check the left side for approaching cars when crossing a street [8]. Tapping into the demands of ADLs is important as neglect symptoms become more apparent in busy, attentionally demanding real-world environments than when the patient is assessed in a quiet testing room [9].

The failure of convential tests to predict actual everyday behaviour has substantial implications. Demonstrating the presence of neglect in clinical settings is a prerequisite of initiating interventions to mitigate its consequences. Moreover, evaluations on the effectiveness of neglect interventions are flawed since measures of conventional tests are typically used to assess treatment success [10, 11] .

In light of the lack of ecological validity associated with the use of conventional testing, the analysis of eye movements has been suggested as an alternative to assess neglect [6]. Prelimary research has demonstrated that patients with left-sided neglect explore the neglected side of space very poorly, reflected by a lack of eye movements towards the left [12-14]. What is more, impairments in lateral exploratory behaviour appear to be a more sensitive measure of neglect than common clinical screening tests [6]. While this initial research is promising, it is still very much in its infancy.

This research will validate eye movement diagnostics as an objective and sensitive measure of neglect. Recent advances in technology will be capitalized using eye tracking glasses to assess the eye movements of neglect patients. This novel approach allows us to measure eye movements while patients perform everyday activities. It is predicted that assessing patients in demanding real-world environments will provide a more sensitive and reliable measure of neglect than common clinical neglect tests.