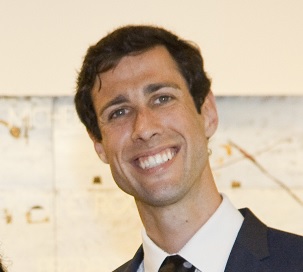 Synaesthesia is a neurological phenomenon, often regarded as a mixing of senses, which affects over 4.4% of the general population. A person with Synaesthesia, a Synaesthete, may smell or taste words, have visual experiences when hearing sounds, or have experiences of colour when viewing achromic letters, numbers or symbols.

Colour-Grapheme (C-G) Synaesthesia, one of the most common forms, affects over 1.2% of the general population. Synaesthetes with this form inhabit a world in which the perception of symbols, words and numbers is associated with the experience of colours e.g. Synaesthesia. Their problem is one of perceptual conflict i.e. a person’s expectations not aligning with “reality.” This can be appreciated by all when considering the Stroop effect, the phenomenon in which people are slower to name the colour of a word that is incongruent with the word form (e.g. Red). In this current study the effect of a digital calculator, displaying the digits in colours congruent with a Colour-Grapheme Synaesthete’s induced photisms, will be evaluated as the first potential therapeutic tool for Synaesthesia.

Pilot data for this proposal have been collected. The aim of the pilot has been twofold: to determine the efficacy of this intervention and, noting the heterogeneous nature of the Synaesthete population, to refine the research methodology. The initial phase has seen 17 C-G Synaesthetes recruited and complete three maths tests with the calculator in three colour conditions: Black (Neutral condition; when all digits on the calculator are black in colour), their personal colours (Congruent condition; where digits on the calculator are matched to the Synaesthete’s induced photisms) and the complementary colours (Incongruent condition; where digits on the calculator are complementary to the participants’ induced photisms). Self-reported satisfaction with the Congruent condition was high. 14 out of the 17 participants reported they would use an intervention like this if it were available with claims like, “I felt that it was faster. I don’t know if it actually was, but it felt faster.” Further refinements to the study methodology have been made based on these pilot data and a second, larger study is planned for the later half of the year.

In this app-based study we intend to leverage the innovative research platform ResearchKit (Apple) and online recruitment methodologies to measure the efficacy of this new intervention. The app will have a screening and qualification stage followed by the testing phase. Participants who complete the study will receive the basic colourful-calculator app upon completion.

Despite widespread reports of the negative effects that such perceptual incongruence causes to Synaesthetes, no intervention or therapy has ever been directed towards this phenomenon. This is a novel therapeutic trial. With the ability to leverage innovative technologies to create a simple, cost-effective and accessible intervention the importance and significance of this study is high. Moreover, as the neurological basis of Synaesthesia is intrinsically linked to neural hyperconnectivity and developmental neural plasticity this study may hold benefits in other areas of rehabilitation, for example stroke recovery and brain training.