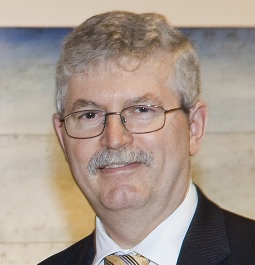 The typical clinical features of Parkinson’s disease (PD) include slow movements, stiffness and resting tremor, often associated with the presence of protein deposits and severe progressive damage to brain cells. However, this disease is not homogeneous but encompasses a wide spectrum of clinical and other pathological manifestations, some with specific underlying genetic and/or non-genetic causes.  A number of rare genetic causes of PD leading to earlier onset, faster progression or different response to standard treatments, have already been identified.  This indicates that what is normally diagnosed as cause unknown idiopathic Parkinson’s disease (iPD) may actually consist of a potentially separable range of closely related disorders, with a number of diverse genetic risk factors known or still to be discovered.

The results of collaborative research by this study’s investigators showed that individuals carrying a small change in the DNA sequence in the FMR1 (Fragile X Mental Retardation) gene – termed ‘grey zone’ (GZ) mutations – are over-represented in the cohort of patients diagnosed with iPD. This change comprises a small expansion of a trinucleotide (CGG) repeat (41-54 repeats) in the FMR1 gene (GZ alleles). We have recently found a 2-3-fold increased carrier frequency of these alleles in males from the large Australian Parkinson’s Project (APP) cohort, as well as in two Victorian and Tasmanian cohorts. A similarly elevated frequency was found in the APP female cohort compared with controls, consistent with similar reports from the USA and China. The potential importance of GZ-alleles as a risk factor for PD is emphasised by their high population frequency of 1-2% in males and 3-5% in females. Further evidence for a contribution of GZ alleles to the risk of PD seen in our series of pilot studies was based on the findings of significant differences in the severity of parkinsonian motor symptoms, in response to drug treatment, and in the rate of oxygen consumption in cultured blood cells, between PD patients carrying the GZ alleles and the non-carriers group (matched for age). We also discovered that some brain changes seen on MR images in the carriers, which are not typically present in PD non-carriers, are reminiscent of  the changes seen in the late-onset neurodegenerative disorder caused by larger CGG expansions (55-200 repeats) in the same FMR1 gene (‘premutations’).  This FMR1 premutation disorder, known as fragile X-associated tremor/ataxia syndrome (FXTAS), includes parkinsonian features in about a third of affected individuals.

In the light of this existing data, this study aims at consolidating evidence that a subgroup of PD occurring in those with the GZ alleles should be considered a distinct form of PD (GZ-PD) within the PD spectrum, separable by comparing clinical, radiological, and biochemical measures, and responsiveness to a standard drug treatment, between the groups of PD patients who are carriers and non-carriers of this allele. To achieve this, these data will be collected from a new sample of at least 20 male carriers with GZPD already identified by us from amongst patients initially diagnosed with iPD (participants of the Australian Parkinson’s Project (APP)) supervised by Professor Mellick at the Eskitis Institute.  The data from this sample will be combined with the results already available from our earlier study of 16 carriers with GZ-PD from the Victorian and Tasmanian cohorts.  All these subjects will undergo MRIs to measure the severity of brain changes; neurological testing and scoring to assess motor symptoms, and assessment of cognitive impairment using the appropriate tests.  A blood sample will also be drawn to test for the relevant biochemical/cellular markers. The results from the total of 36 carriers with GZ-PD will be compared with those from the age-matched sample of iPD patients who are not carriers of the GZ alleles. We are in a very good position to complete this study economically, having the same data already available in at least 30 GZ non-carriers with iPD collected as part of the 2015-2017 iPD study supported by a Michael J Fox Foundation grant. Rigorous statistical analysis will be used to identify those features which are specific to PD in GZ allele carriers.

The results will ultimately determine the criteria for standard genetic testing of the FMR1 gene in PD patients, and will allow further exploration of specific targeted treatment in this group. Furthermore, the results will contribute to better understanding of the pathological mechanisms leading to brain damage in PD, and will identify disease risk and progression cellular biomarkers in the most accessible human tissue – blood.