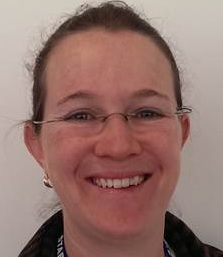 Inclusion Body Myositis (IBM) is the most common type of inflammatory muscle disease that affects adults over 40 years old. IBM leads to progressive wasting and weakness of muscles, particularly the thighs and forearms. Because of non-specific initial symptoms, which include difficulty in climbing stairs, rising from a seated position and using utensils and tools, many patients seek medical attention only once they start to have falls. Difficulty in swallowing often develops. In addition sleep-disordered breathing causing daytime fatigue is common.

IBM is associated with an abnormal immune response with invasion of killer white blood cells (cytotoxic T-cells) into the diseased muscles. The mechanisms responsible for the onset and progression of the disease remain unclear. IBM patients do not respond well to traditional immunosuppressive treatments and there is currently no cure available.

This research project led by Professor Merrilee Needham aims to define the changes that affect the populations of immune cells by analysing blood samples collected from IBM patients and from healthy donors. We expect that identification of characteristic changes within the immune system will provide information about the abnormalities and dysregulation of immune cells that occur. We will also collect muscle biopsies from IBM patients and analyse the immune cells that invade the muscles. The molecules that trigger immune cells activation within the muscles (the antigen) remain to be identified. We will sequence the DNA of the cytotoxic cells in order to define the genes encoding the receptors that drive the self-directed immune response. We expect that characterization of the receptors will constitute a significant step in the process of identifying the antigen in the muscles.

We anticipate that the knowledge gained from this study will provide us with novel insights into the mechanisms causing and perpetuating the disease, as well as provide us with new diagnostic tools (biomarkers) to assist in earlier and more accurate diagnosis when treatments will be likely more effective. We ultimately aim to identify targets for novel therapies.