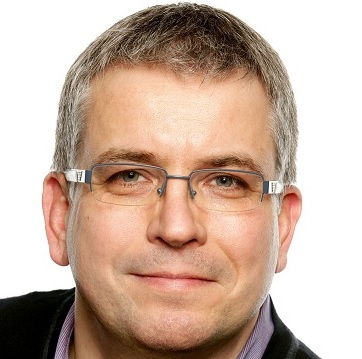 Multiple  system  atrophy  (MSA)  affects  over  2000  Australians.  MSA  is  a  distinct  member  of   the  group  of  neurodegenerative  diseases  called  α-­synucleinopathies  whereby  the  fibrillar   protein  α-­synuclein  aggregates  in  brain  tissue.  Although  well-­defined  clinically  the  molecular   causes  of  MSA  has  not  yet  been  elucidated.     We  recently  discovered  that  hemoglobin  genes  are  highly  expressed  in  the  MSA  brain.   Hemoglobin  protein  transports  oxygen  throughout  our  tissues.  It  is  the  largest  source  of   peripheral  iron  in  the  human  body  and  it  may  play  a  role  in  regulation  of  iron  level  in  the   brain.  We  hypothesize  that  the  increased  levels  of  hemoglobin  cause  oxidative  stress,  which   leads  to  impairment  of  brain  cells  functionality.  Moreover,  oxidative  stress,  together  with   increased  levels  of  hemoglobin  proteins,  might  have  a  direct  impact  on  α-­synuclein   aggregation.

This  project  employs  comprehensive  molecular  analysis  to  discover  a  mechanism  through   which  increased  amounts  of  hemoglobin  lead  to  MSA  onset  and  progression.  This  ambitious   goal  will  be  achieved  through  determination  of  different  cell  types  involved  in  MSA,   physiological  effects  of  hemoglobin  overexpression  in  the  brain  and  relationship  between   hemoglobin  and  α-­synuclein  deposits.  This  project,  for  the  first  time,  will  establish  a  link   between  MSA-­specific  neurodegeneration,  iron  levels  and  α-­synuclein  aggregation.  This   proposal  is  significant  because  it  will  not  only  provide  insights  into  MSA  disease  mechanism   but  also  will  lead  to  identification  of  new  molecular  targets  for  MSA  early  diagnosis  and   therapeutic  intervention.

The Brain Foundation Research Gift enabled us to discover that haemoglobin overexpression and alpha-synuclein aggregation is accompanied by a cellular response. In this project we have characterised this physiologic response of transgenic oligodendrocyte precursor cells to exposure to soluble and fibrillar alpha-synuclein using two-dimensional differential gel electrophoresis analysis. Using mass spectrometry (MS) we evaluated changes upon haemoglobin overexpression and alpha-synuclein exposure as well as assessed post-translational modifications as a result of alpha-synuclein aggregation. Principal component analysis of selected proteins of interest revealed that the differences between untreated control cells and cells exposed to soluble oligomeric alpha-synuclein are not significant. In contrast analysis of the protein spots from cells exposed to fibrillar alpha-synuclein showed significant difference as compared to control. Proteins which underwent expression changes upon exposure to exogenous alpha-synuclein fibrils, were identified using tandem MS. We identified proteins involved in regulation of transcription, DNA replication, cell signalling and regulation of translation.