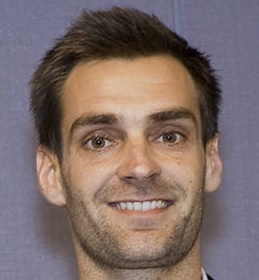 Today, between five and ten millions of patients in the world are fighting Parkinson’s disease. It is becoming so common that most of us know someone close living with the disease. The movement symptoms in Parkinson’s are caused by the loss of dopamine cells in the midbrain, in a region called substantia nigra. The best available drugs against Parkinson’s act to compensate the low level of dopamine in the brain. These drugs, mostly developed in the 1960’s, are helpful. However, they only mask the symptoms for a short period. They cannot stop the progression of the disease. In other words, patients cannot win the fight against Parkinson’s. At best, they may manage to hide most of the disease symptoms for a while, but every day they will get worse.

Our goal is to advance the understanding of Parkinson’s neurobiology to at least slow down its progression. The task is undoubtedly challenging. Like most brain disorders, Parkinson’s is a complex disease. Each patient is unique, and the initial cause of the disease may result from different combinations of genetic predispositions, lifestyle, exposure to chemicals and aging. However, despite several possible etiologies, we hypothesize that there must be a point of convergence at the molecular level before the loss of dopamine cells. In this project, we aim to identify such molecular target which may be shared by most patients. Because of significant shortcomings of animal models and human postmortem brain tissue, we will take a new scientific strategy to study live human brain cells derived from the patients themselves. We will use a recent technology that consists in reprogramming skin cells into stem cells, and stem cells into brain cells. We will generate live human brain tissue that we will study extensively in the laboratory. We will compare the brain tissue from the patients and healthy subjects, find differences, and screen compounds to correct them. The hope is that if the treatment works on the patient cells in the lab, there will be a much higher chance of success in clinical trials.