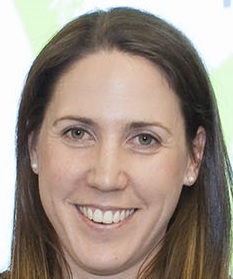 Watch Dr Anna Leonard accept her research grant and hear a bit about the project.

Approximately 200-300 individuals sustain a traumatic spinal cord injury (SCI) each year within Australia, however globally this number is far greater with 250,000 to 500,000 SCIs occurring worldwide. Fortunately, due to improvements in clinical care, survival rates following SCI are very high. While this is undoubtedly a positive outcome, it has also led to concern surrounding the chronic care of SCI individuals. Certainly, these are individuals who typically sustain their injury in young adulthood and, subsequently, life with a SCI for a long period of time. One such area of concern is that individuals who have sustained a SCI are showing signs of cognitive dysfunction as they age when compared to the general population.

Previous research in an Alzheimer’s model has demonstrated that administration of a novel Fyn kinase inhibitor led to improvements in both spatial recognition memory and depressive-like behavior. Given that both of these are of significant concern in an SCI population, it has led us to hypothesise about the potential utility of Fyn kinase inhibition for the treatment of cognitive impairment and depression in SCI. The results of our study will therefore help to elucidate the link between cognitive decline and neuroinflammation following SCI as well as develop a potential therapeutic treatment to improve and maintain such cognition, thus improving quality of life.