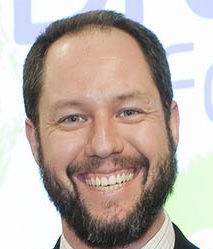 STOP-BANG and upper airway sensation testing to increase the predictive value of obstructive sleep apnoea in people with multiple sclerosis.

Fatigue is a chronic and debilitating feature of multiple sclerosis (MS) which is not fully understood. It is multifactorial and often reduces quality of life of those individuals. Obstructive sleep apnoea (OSA) is likely to be one of its contributing factors. Its prevalence in MS patients is approximately 20% in newly diagnosed patients and can increase to nearly 90% during disease course. A common screening questionnaire (STOP-BANG) to assess risk of OSA only identifies 56% of those patients. Due to the nature of the central nervous system inflammatory lesions present in MS, majority of the people with OSA are non-obese, which suggests that non-anatomical causes, such as impaired upper airway sensation and poor muscle responsiveness during sleep, are the contributing factors to OSA in MS people. This causes transient disruptions in nocturnal breathing and reductions in overnight oxygen saturation, which characterises OSA. These events apart from leading to daytime sleepiness and feeling of waking up unrefreshed are associated with increased or cardiovascular disease and motor vehicle accidents. Upper airway sensation testing with monofilaments during wakefulness has been routinely used in research protocols. It was shown to have a high sensitivity (80%) to detect nocturnal upper airway occlusion (OSA). Thus, the aim of this project is to recruit 30 fatigued MS patients, fill in 2 groups (low vs high risk) of OSA according to the STOP-BANG questionnaire. Additional upper airway sensation will be tested in all enrolled participants and they will undergo formal gold standard sleep test, polysomnography (PSG), to compare the results. With this protocol we expect to better detect fatigued MS individuals with high propensity to OSA and to facilitate the referral to PSG, rather than referring every single patient. Consequently, a better management of the fatigue in those individuals is likely to be achieved as a reduction to the economic burden to public health in the light of the changes of the billing practices for sleep studies implemented by Medicare in 2017-18.