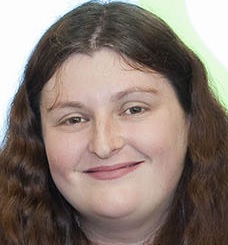 Watch Dr Lyndsey Collins-Praino accept her research grant and hear a bit about the project.

Parkinson’s disease (PD) is a significant global problem, affecting 10 million people worldwide. In Australia alone, 1 in every 350 Australians suffer from PD, with 32 new cases diagnosed each day. PD is associated with significant burden to the Australian economy, with total financial costs per year adding up to almost $1.1 billion, a number that has almost doubled since 2005. Given that the prevalence of PD is estimated to double by 2030, the search for an effective treatment for the disease is critical. Currently, the limited treatments available for PD treat only the symptoms and do not actually modify the brain mechanisms that contribute to the disease.

The aim of this project is to pioneer a novel technology to target this alpha synuclein within the extracellular space and clear it from the brain. This may help to stop the brain transmission of alpha synuclein, halting the spread of the disease, and leading to a disease-modifying treatment strategy for PD.

The Brain Foundation funding allowed us to conduct experiments to understand the key properties of protein nanocages, such as the rate at which they disassemble, how they come back together, and how safe they are for administration in the brain. These experiments were critical, as they provide us with the foundational knowledge necessary to understand how to utilise the nanocages to develop a new treatment strategy for PD. For example, this work provides important insights into the dosage likely needed to see a beneficial effect or the best route of administration into the body. Excitingly, the Brain Foundation funding also allowed us to engineer our protein nanocage system to bind to alpha synuclein. This is the first time that a protein nanocage has been used to bind an unmodified foreign protein and provides key proof of concept that our nanocage system can be used to target the abnormal transmission of alpha synuclein in the brain in PD. With this critical preliminary data, we can now move on to the next step in development, assessing whether our system stops the spread of alpha synuclein between cells in experimental models, thereby preventing the emergence of the symptoms of PD.

We are deeply grateful to the Foundation and its supporters for the award of this gift.