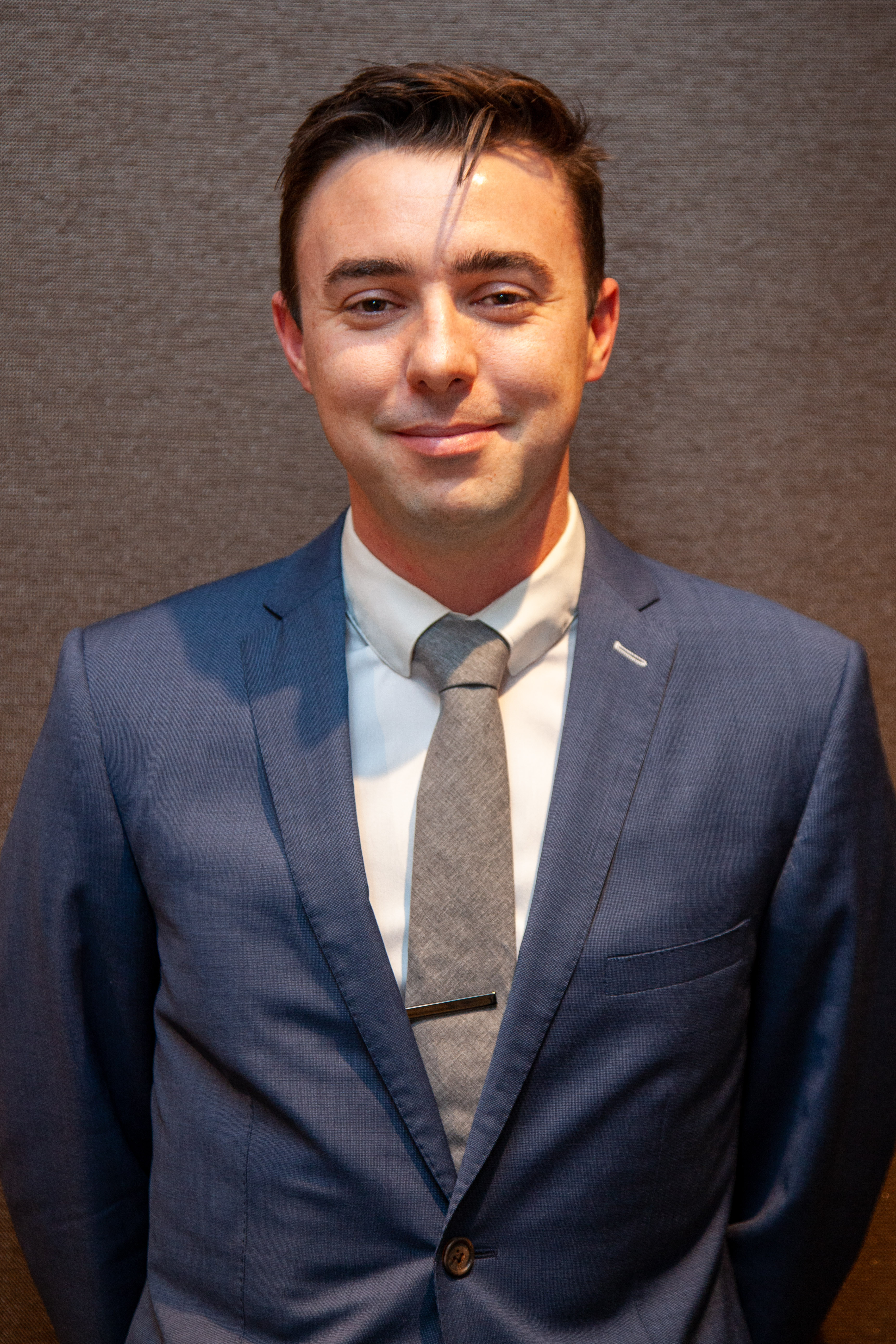 Watch Dr Liam Coulthard accept his research grant and hear a bit about the project.

Aneurysmal subarachnoid haemorrhage (aSAH) is a haemorrhagic stroke resulting from a pre-existing weakness in a blood vessel wall. Overall, the incidence of aSAH is low, affecting around 6-7 people per 100,000 every year. However, given the young age of those affected and the severe disability that can result from this event, the cost to the community is high.

It is difficult to predict who is at risk of aSAH as unruptured aneurysms are largely asymptomatic. We can, however, aim to reduce the adverse effects of aSAH after it has occurred. Whilst, there may be significant injury from the initial bleed, up to 30% of aSAH patients go on to have a further secondary brain injury that is preventable. One of the major causes of secondary injury is vasospasm. This spontaneous constriction of cerebral blood vessels reduces blood flow to otherwise normal areas of brain. Perplexingly, this occurs in a delayed fashion, days after the initial bleed. Patients are at highest risk of vasospasm around 5-9 days after aSAH.

We do know that vasospasm is more likely to occur in those with a higher blood load from the initial bleed. However, the mechanisms that occur between the initial bleed and the onset of vasospasm, almost one week later, are not known.

Our research team aims to look at a group of complement proteins, which function as part of the immune system, during the period after aSAH. These proteins are activated at the point of rupture and they have the potential to cause vessel spasm both directly and indirectly. By examining concentrations of complement proteins in blood and cerebrospinal fluid in the week after aSAH, and comparing this with the clinical data, we may be able to predict who is most at risk in future. We will also develop a tissue and data bank from this collection for future studies into aSAH. Ultimately, the more that is known about the molecular mechanisms underlying vasospasm, the closer the possibility of a prevention or cure.